When AI Meets SEO: Why You Should Care About Google’s New RankBrain System

Google is constantly making improvements to its algorithm to present the most relevant search results to its users. Its algorithm contains hundreds of elements that determine whether a website should rank or not, and SEOs are constantly trying to optimize their sites to get to the top of the rankings.

Now Google has announced a new tool that it has developed to assist it in its aim to deliver the best results to its users. RankBrain was announced officially in October 2015, and it is the first time that Google has used artificial intelligence to help serve up search results.

Here’s what you need to know about RankBrain going forward.

RankBrain hit the headlines a few months ago, and the SEO world has been all abuzz since its announcement. But what is it?

According to Bloomberg, which was the first source to report the story, RankBrain is a machine learning AI search technology developed by Google. It sorts through the search results without human assistance, and it is used by Google to improve the results served up to users.

The machine learning part means the computer teaches itself rather than relying on humans. This suggests that Google is making real strides into artificial intelligence.

RankBrain Is Not the New Algorithm

The most important thing to know about RankBrain is that it is not a new algorithm. Instead, it is simply part of Google’s algorithm, which is called Hummingbird.

RankBrain is one part of the algorithm, known as a ‘signal.’ In the SEO world, signals are the various factors Google uses to rank pages. For example, mobile friendliness is a signal, and the content on your site is a signal. There are over 200 important signals in all, and according to Google in the Bloomberg article, RankBrain is now the third most important of all these signals.

Moz provides a good overview of what is known about RankBrain so far, so this is worth a read.

Is It a Way to Rank Results?

Like any signal, RankBrain does affect the ranking of websites, but at the moment it is not clear exactly how. It is probably helping to classify pages based on their content by working out what a page is about more effectively.

According to what we know so far, RankBrain is more of a way to refine the search results and provide more relevant results. It has been rolling out since early 2015, and a large number of queries are apparently now being processed by it, although no specifics have been provided. It probably refines the search results by interpreting the searches made and finding pages that the searcher is looking for that may not contain the exact words used in the search.

Google can already do this without RankBrain. For example, it’s Knowledge Graph has been doing this for a few years now, providing results based on relationships between things rather than the actual words being used (this is the whole ‘things not strings’ concept).

What you have to consider is that Google receives three billion searches a day, and it does not see a large number of these searches. 15 percent of queries each day have never been searched for before, and it is these that RankBrain is thought to help interpret.

How Will RankBrain Affect You?

Essentially, RankBrain is a way to help Google rank the best websites, which means those that follow SEO best practices. You therefore don’t need to take any specific action other than to ensure you are sticking to the best SEO principles.

Make sure your site is a high quality and mobile optimized, and avoid spam techniques. The better your website, the better chance you have of ranking. You may use many SEO tools to help you improve your ranking, and you should continue to do so—as long as they help you to improve your site rather than try to cheat the system.

Rank Better in the SERPs

RankBrain is the latest addition to Google’s algorithm, and it is one that the search giant is clearly proud of. The move towards AI and machine learning suggests that this could be an important area for Google over coming years. However, when it comes to ranking your website, very little has changed. Rather than worrying about how RankBrain could affect your ranking, focus instead on ensuring you follow the essential guidelines from Google in order to improve your chances of ranking in the search results.

Jonathan Leger has been practicing search engine optimization since the web was born. He is the creator of a number of popular tools and services in the SEO and Internet Marketing sectors and is the author of “Geek-Free SEO”, a well-received and easy to understand guide to understanding how to rank in Google. 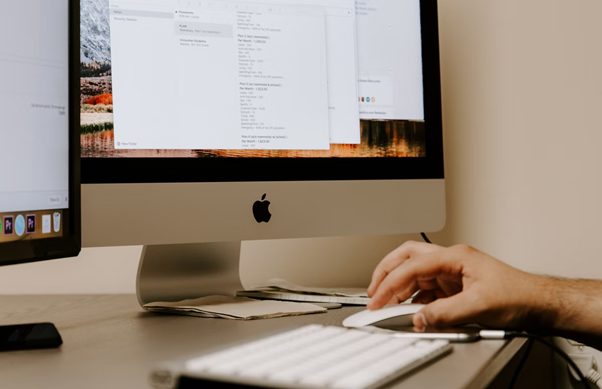 Top Google Product for Your Business